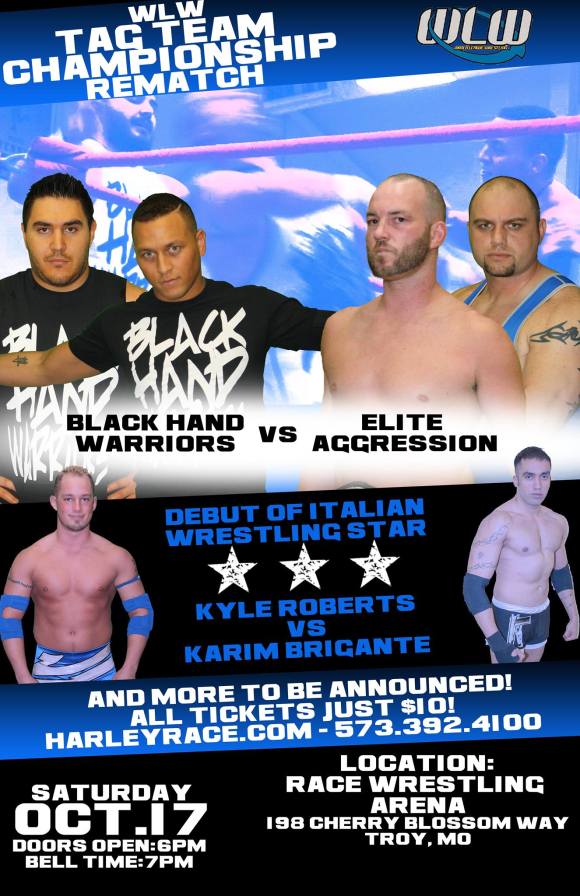 World League Wrestling comes home to the Race Wrestling Arena for the first time in over three months on Saturday, October 17.  The main event features a heated team rivalry.

The Black Hand Warriors hold the distinction of the shortest-reigning WLW tag champs ever.  Back in June, the BHB won a tournament for the title but then were attacked by former members of the old Gold Exchange faction: “Superstar” Steve Fender and Dangerous Derek.