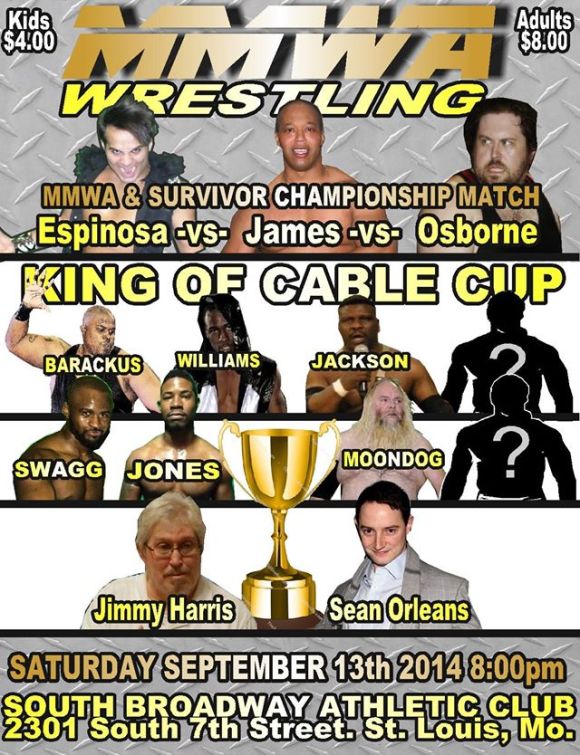 The King of Cable Cup single elimination tournament is this Saturday, September 13 at the South Broadway Athletic Club.  The winner gets a shot at any title at any time he wishes.

The bracket has not been released.  However, we know the eight participants in this year’s Cup.  They are:

In order, the past winners are: Brandon Espinosa, Dave Osborne, and Brian James.  All of them have parlayed those tournament victories into realized championship reigns.

This year, those three will face one another in two different three-way matches.  The first three-way will be for Osborne’s MMWA Survivor Championship.  The second match will see Espinosa’s MMWA Heavyweight Championship on the line.