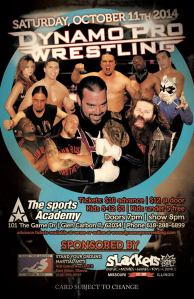 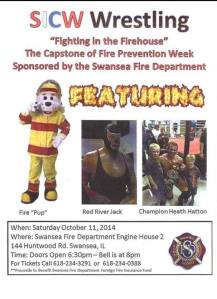 Never before have the MMWA, SICW, and Dynamo Pro all held events (as separate promotions) on the same night.  This Saturday, October 11, you have a tough choice.

The MMWA card has already been posted.  Here is information on the other two.

Also on the card, Michael Elgin faces Jeremy Wyatt in one of Elgin’s first matches back in the country.