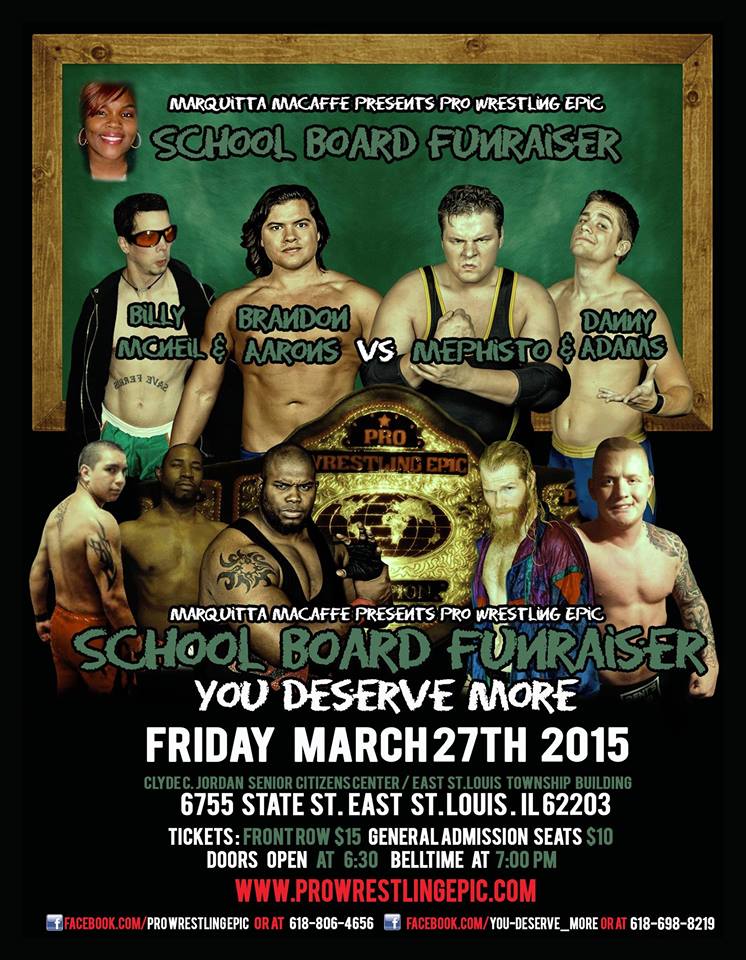 Brandon Aarons is coming off his Epic 8 tournament and title victory in Pontoon Beach last month.  The newly-crowned PWE Champion has everything going for him, including a win in MissouriWrestlingRevival.com’s contest for “Sexiest Wrestler of the Year.”

And Leone Mephisto can’t stand it.  The most-hated man in Saint Louis Wrestling will go to any lengths to hurt Aarons.  In February during their four-way elimination match, Mephisto dropped Aarons onto chairs outside the ring.

In a disturbing “promotional” video for that event, Leone made it clear that he hates Brandon’s success and Brandon himself.