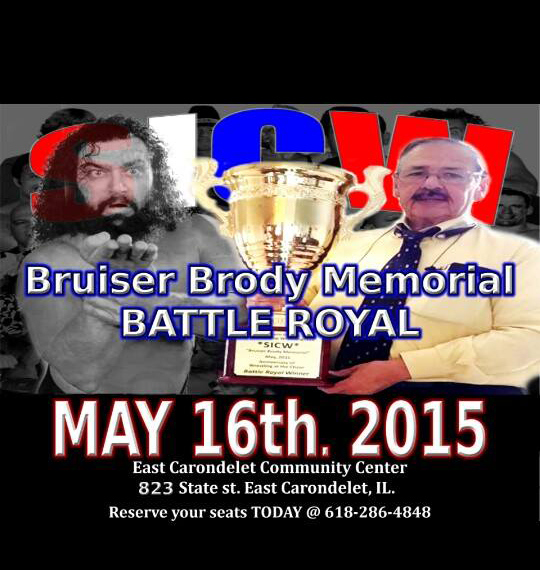 This year’s “Wrestling at the Chase” anniversary event at the East Carondelet Community Center has been much anticipated for good reason.  The match card is tremendous and the special appearances are aplenty.

In the main event, the only two-time SICW champion Flash Flanagan defends for the first time against Daniel Eads.  “The Man of Tomorrow” hasn’t wrestled for the title in 19 months.  Also, the Bruiser Brody Cup will be presented to the winner of a battle royal.

Meet Stan Hansen, Barbara Goodish, Larry Matysik, Mike McGuirk, and Mick Karch at the meet-and-greet before the matches at 3:30.