This weekend, Dynamo Pro Wrestling hosts a double-header in the Gateway City. 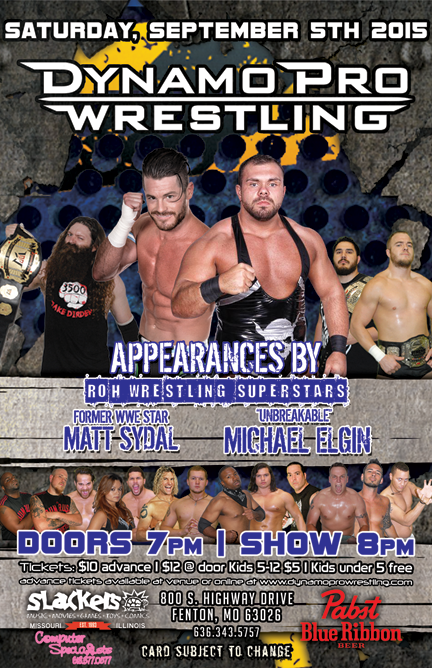 Brandon Aarons is one of the most popular stars in the Metro Area.  Unbelievably, Aarons has never gotten a shot at the Dynamo Pro Championship.  On September 5 at the Stratford Bar & Grill, Aarons will get his chance against the most fearsome champ the promotion has seen, Jake Dirden.

Michael Elgin and Matt Sydal are scheduled to appear.  Bell at 8.  Tickets are $12. 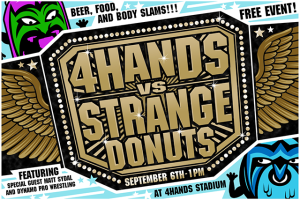 Then on Sunday, September 6, enjoy an outdoor matinee event at 4 Hands Brewing Company.  Dynamo Pro presents the matches in a setting themed as “Team 4 Hands vs. Team Strange Donuts.”

Matt Sydal, Davey Richards, and Angelina Love are set to appear.  Bell at 1.  This is a free event.