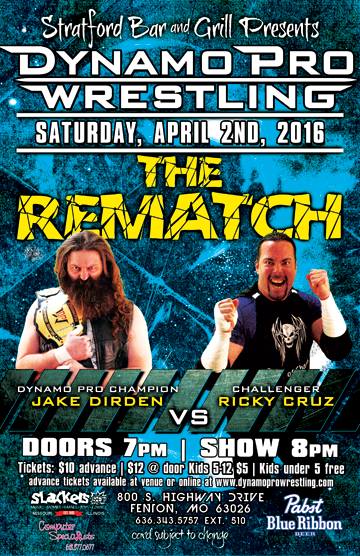 Dynamo Pro Wrestling completes the trilogy of rivals Jake Dirden and Ricky Cruz at the Stratford Bar & Grill in Fenton on April 2.

Cruz won the first match in November with Dirden’s foe Mike Outlaw as a special ref.  The rematch in January was a no contest when Brandon Espinosa interfered.

Read the title announcement and rules