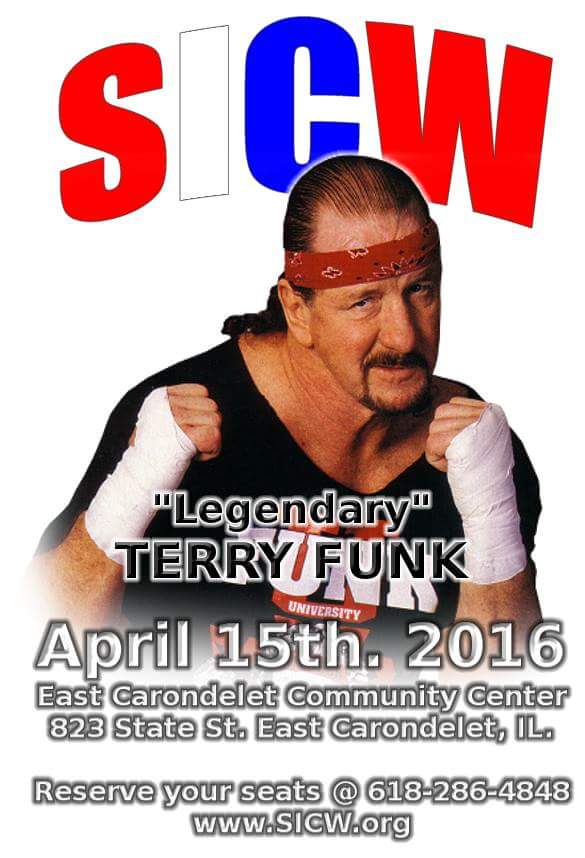 Meet Terry Funk at the East Carondelet Community Center on Friday, April 15.  The meet-and-greet begins at 5:30.  Admission is $20 and includes entry into the wrestling event later that evening.