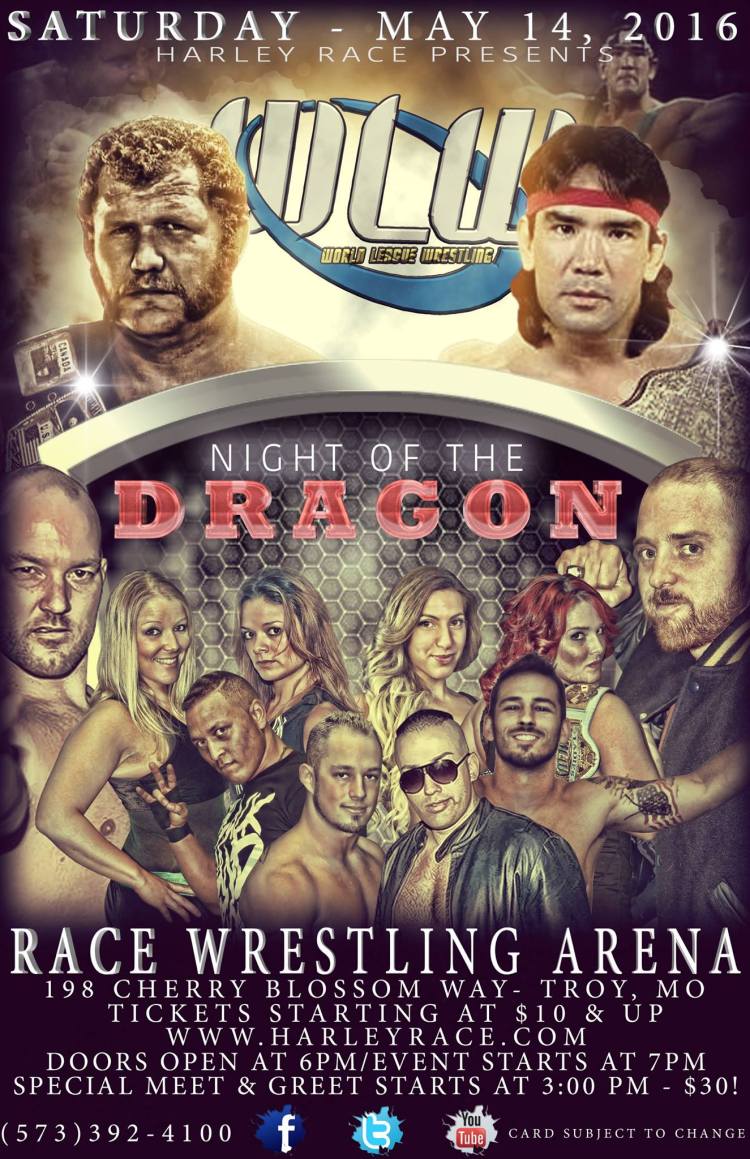 Only two men remain in the eight-man junior heavyweight title field.  Jon Webb and Jayden Fenix will match up on May 14 at the Race Wrestling Arena in Troy to decide who takes home the first WLW Jr. Heavyweight Championship belt.

Ricky “The Dragon” Steamboat will be the guest referee for the Leland Race vs. Steve Fender showdown.  Meet the former world champion at a meet-and-greet before the event.

Bell at 7.  Tickets for the meet-and-greet at 3 P.M. are $30 (includes wrestling admission).  Tickets are $10 for the wrestling event only.

There will not be a meet-and-greet at intermission.  If you don’t make it to the official signing, you will probably not get to meet Ricky Steamboat.