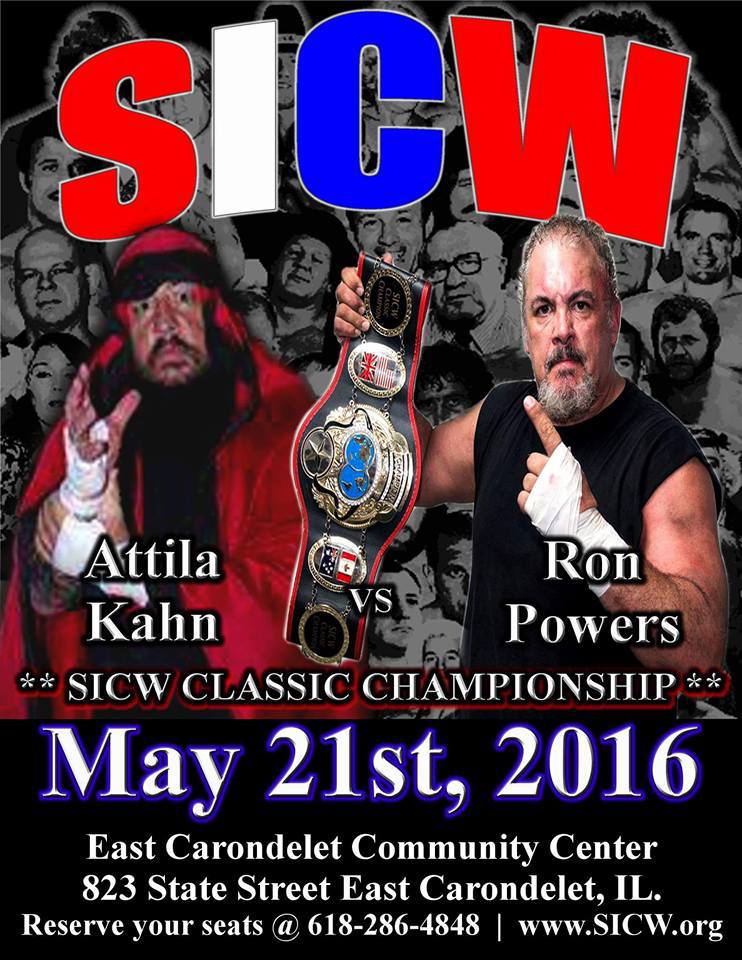 It’s May, which means that SICW has three highly-anticipated matches to headline its biggest card of the year at the East Carondelet Community Center on the 21st.

Ron Powers defends his SICW title for the second time against the dangerous Mongolian Attila Khan.  Also, Gary Jackson and Curtis Wylde will finally settle the score because the “Numba One Ginga” Wyldefyre will be locked in a cage at ringside.  No interference here!

To commemorate the life of Bruiser Brody, the second annual Memorial Battle Royal will take place as well.  This new tradition is set to become a part of the “Wrestling at the Chase” anniversary event each year.

Wyldefyre Locked In A Cage
Gary Jackson vs. Curtis Wylde