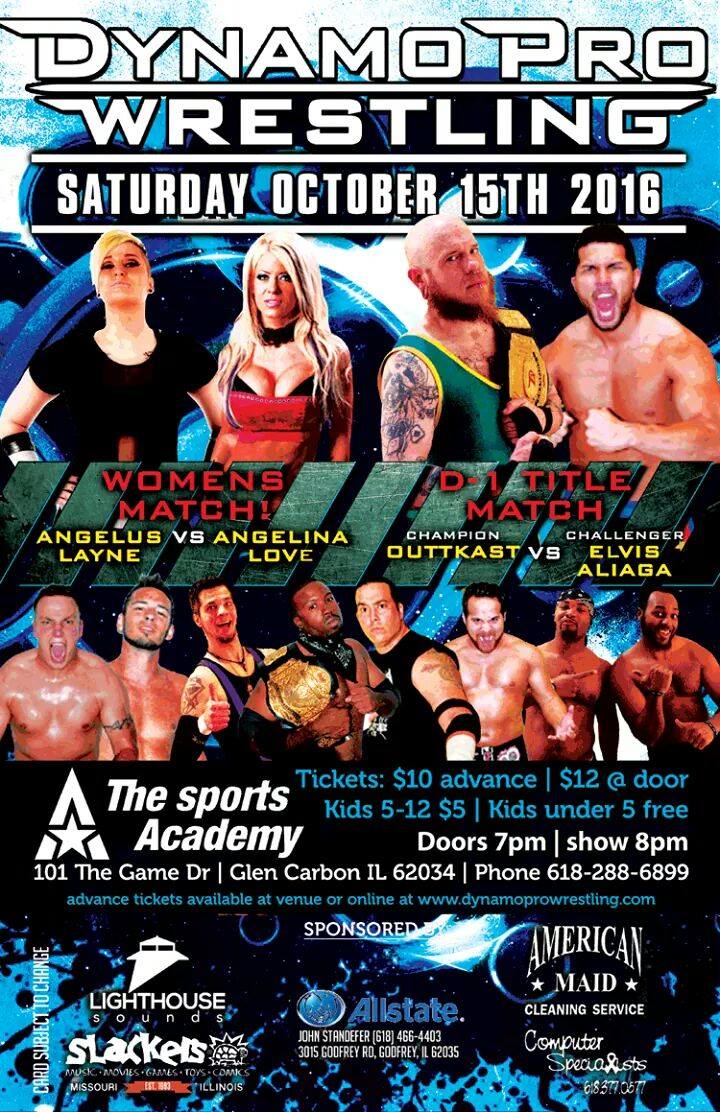 The bout is Outlaw’s second defense in this reign, and it is the first time that Outlaw and Aarons have wrestled for the belt.

Also on the card, the two other promotional titles are on the line, including a contenders’ tag match, where the winning team challenges for the belts later in the evening.