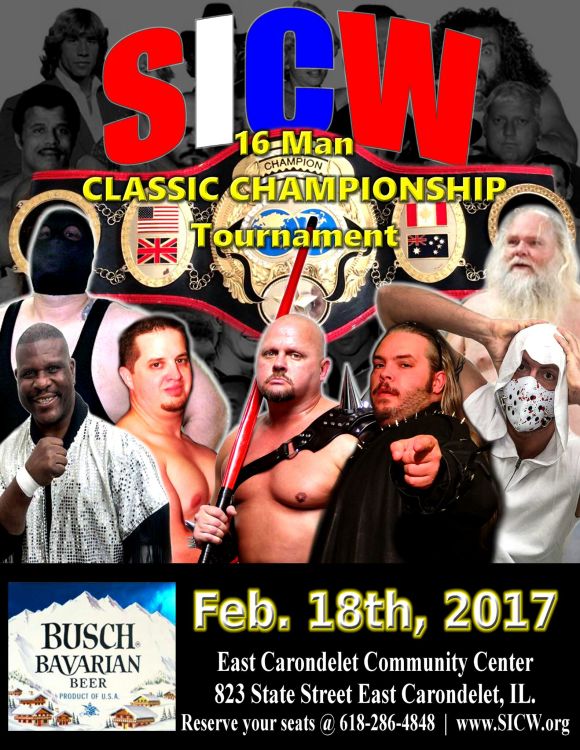 The sixteen man tournament to decide a new SICW Classic Wrestling Champion begins on Saturday, February 18 at the East Carondelet Community Center.  The entire first round takes place; after the 18th, only eight competitors will remain.

The top honor in SICW has been vacant since last month, when promoter Herb Simmons announced that champion Ron Powers had retired, brought upon by the emotional toll of Powers’s father’s death.