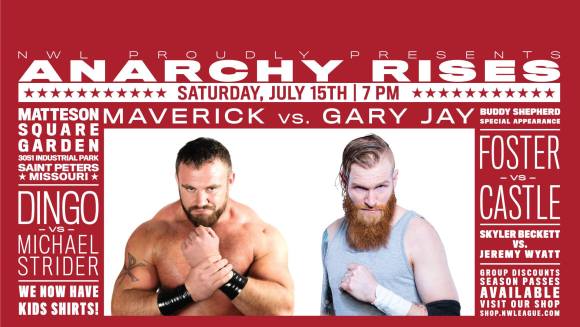 The first of six NWL STL events under the direct leadership of Matt Jackson is slated for Matteson Square Garden in St. Peters on Saturday, July 15.

The main event can best be described as redemption, as Saint Louis Anarchy veteran Gary Jay takes on “The Raging Bull” Maverick for the St. Louis title.  Jay wants to prove he’s not a cartoon drunk that the old NWL STL made him out to be.  In fact, he can be champion.