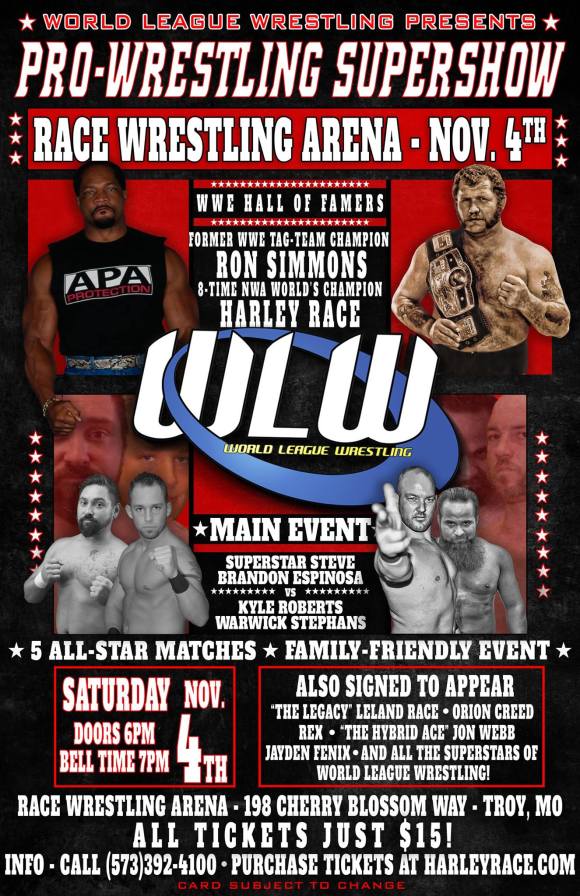 World League Wrestling presents one of its more notable cards of the year on Saturday, November 4 at the Race Arena in Troy.

Jon Webb has been the WLW Junior Heavyweight champion since August 2016.  He defends it against the popular rookie Orion Creed.

Ron Simmons will be in attendance.  The first black world heavyweight champion is available for autographs.