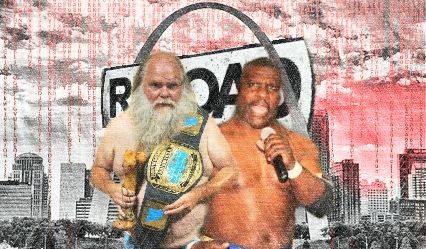 “The next time I step into that ring, I’ll be wrestling for the heavyweight championship!”

Those were Gary Jackson’s words two months ago and they are true; Gary challenges for the MMWA title on Saturday, November 11 at the South Broadway Athletic Club against champ Moondog Rover.

Former SBAC grappler Raphael King will be in attendance.  After a four year absence (wrestling nationally), what are King’s intentions?