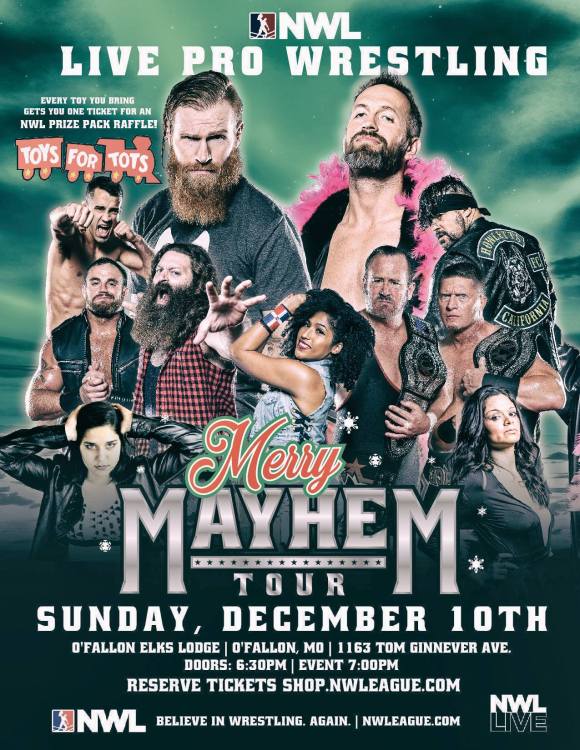 EDIT: Jeremy Wyatt won the Kansas City title in the NWL Rumble in Shawnee Mission, Kan. on Friday night.  The main event is now title vs. title.  Below is the original post.

Gary Jay is the king of wrestling in Saint Louis!  He returns home on Sunday, December 10 at the O’Fallon Elks Lodge in Missouri to defend his NWL title.

Based on records, his opponent Jeremy Wyatt is probably the betting favorite.  “The Monarch” Wyatt is in the midst of a powerful career resurrection.  What role will his faction, The Foundation, play in this match?

That was a rhetorical question, but… hopefully, none.

Bell at 7.  Tickets are $20, but discounts may be available.