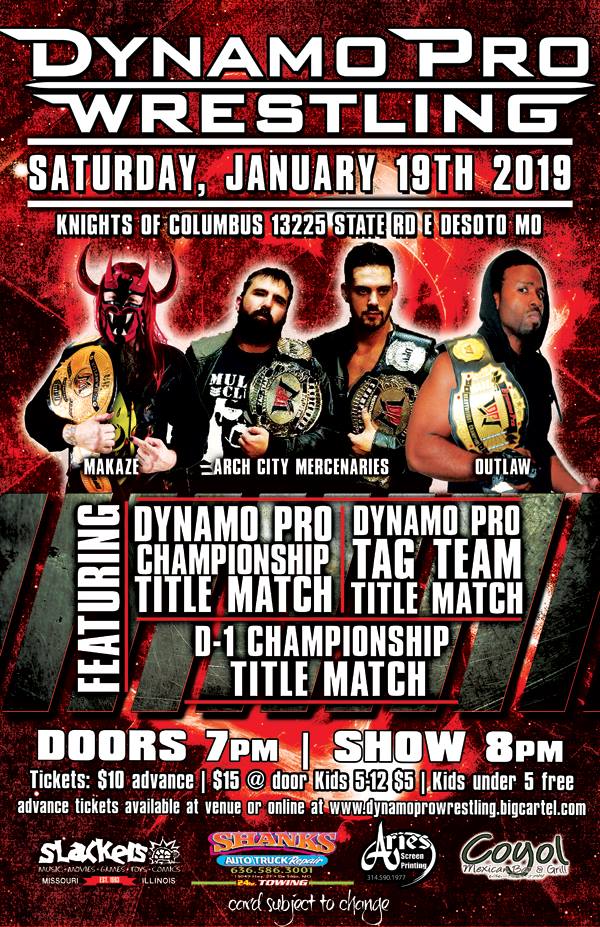 THIS EVENT HAS BEEN CANCELED DUE TO WEATHER

Dynamo Pro kicks off the year with a loaded card at the Knights of Columbus in De Soto on Saturday, January 19.

Ace Hawkins, fresh off becoming the only three-time Missouri champion in the MWR era, makes his first defense against Keon Option. “The Valedictorian” Option won his last bout (against The Snitch) two months ago.

Plus, the company has promoted that all of its traditionally-male titles will be on the line.

“Traditionally” is the key word, as Savanna Stone challenges Mike Outlaw for his D-1 championship. If she wins, she will be the first woman to win a male DPW title.