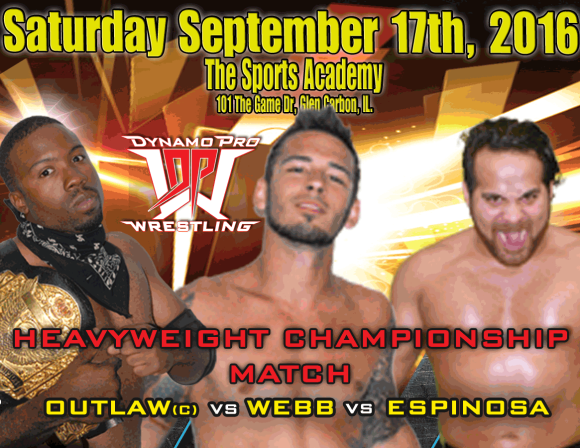 Dynamo Pro Wrestling heads home to the Sports Academy in Glen Carbon for a solid card on September 17.

Mike Outlaw is joined by two other top Saint Louis stars for a three-way defense of his newly-won Dynamo Pro Championship.

Something has got to give in the probable final chapter between Makaze and Ozzie Gallagher.  After this Luchas de Apuestas contest, Gallagher will be bald or Makaze’s face will be exposed.

Plus, The Bum Rush Brothers, Outtkast and Shorty Biggs, wrestle a goodwill rematch against each other for the promotion’s stepping stone belt.