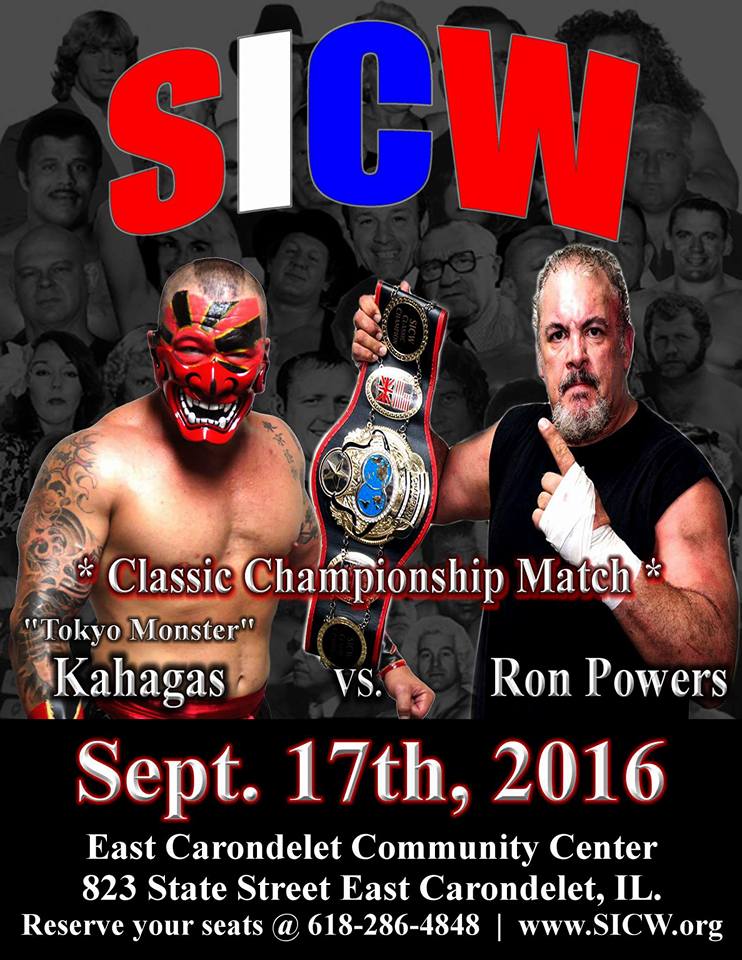 Ron Powers and “Tokyo Monster” Kahagas go to war for the Classic Wrestling Title at the East Carondelet Community Center on September 17.

If Powers successfully leaves with the belt, he will make the record for most SICW Classic Title defenses at 14.  He’s tied at 13 now with Ricky Cruz.

Brian Blair of The Killer Bees is set to appear.