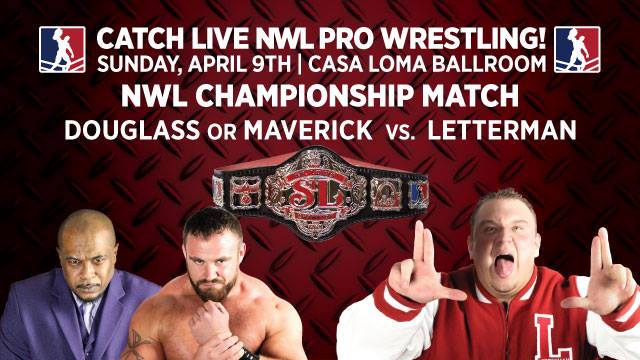 From the beginning, the National Wrasslin’ League set out to change professional wrestling in Saint Louis.  This Sunday at the Casa Loma Ballroom, the promotion crowns the first-ever St. Louis Champion.

By “first-ever,” they really mean that.  There has never been a champion to carry the title of our city before.

A bit of trivia: Larry Matysik once mentioned to Sam Muchnick that the St. Louis Wrestling Club missed an opportunity to name the classic Missouri crown as the “Saint Louis Championship.”  Now, such a title comes to fruition with the tournament’s conclusion.

However, the final tournament match is not determined.  The Maverick-Douglass semifinal was postponed from two weeks ago, due to Maverick suffering a concussion at the hands of Cornell Douglass.

That match will open the card, with the winner to meet finalist Todd Letterman in the main event.