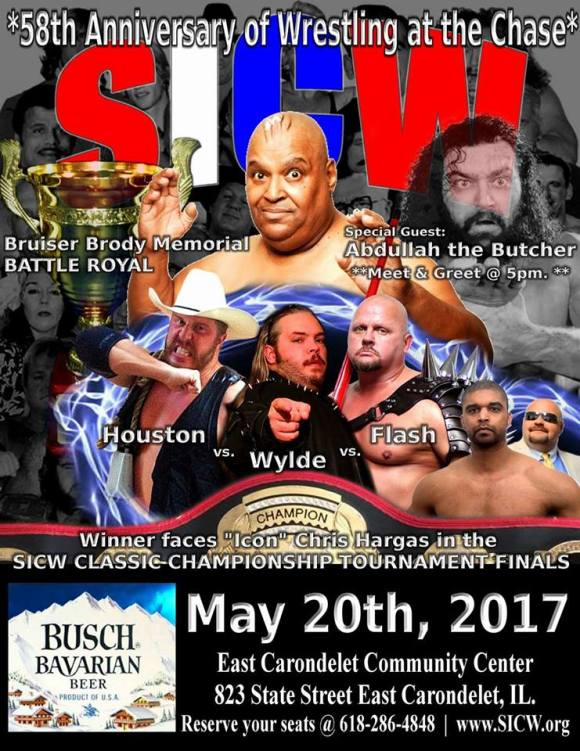 It’s the biggest event of the year for SICW Wrestling Explosion: the Wrestling at the Chase Anniversary card at the East Carondelet Community Center on May 20.

The promotional title belt has been vacant since former champ Ron Powers retired at the end of 2016.  On Saturday, a three-way match will determine a challenger for Chris Hargas, who has already earned his way to the final spot.

Abdullah the Butcher, Charlie Thesz, and Barbara Goodish will be in attendance.