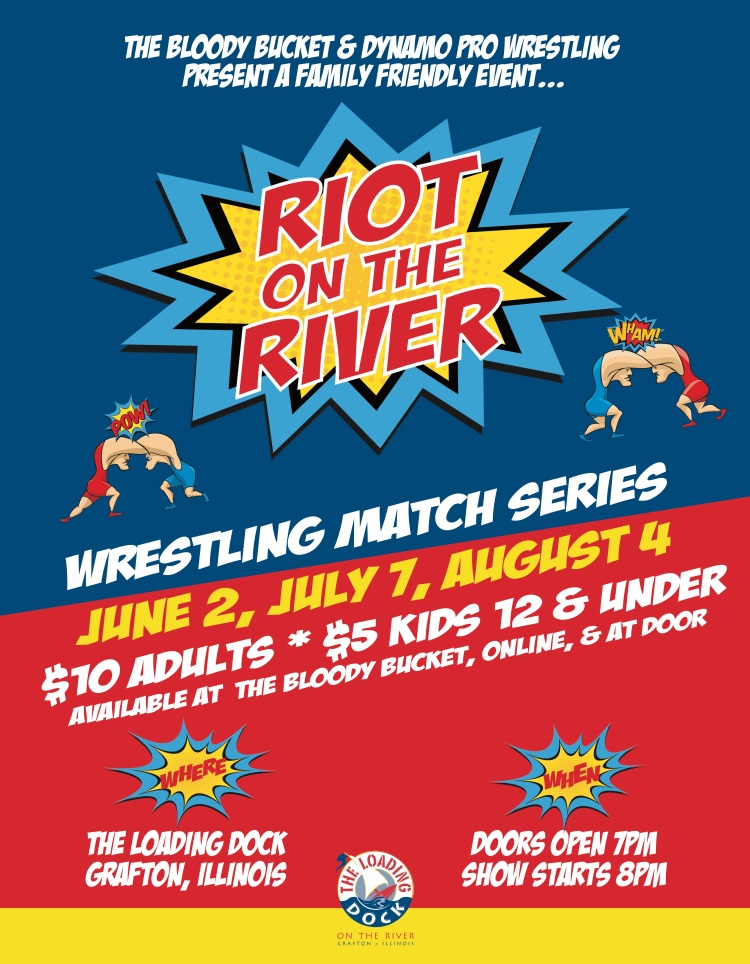 Dynamo Pro Wrestling returns to The Loading Dock in Grafton, Ill. for the second of three summer events at the restaurant on Friday, July 7.

The eight-man knockout tournament is down to four, but there will be an alternate to be announced in one bracket, as Makaze is unable to compete.