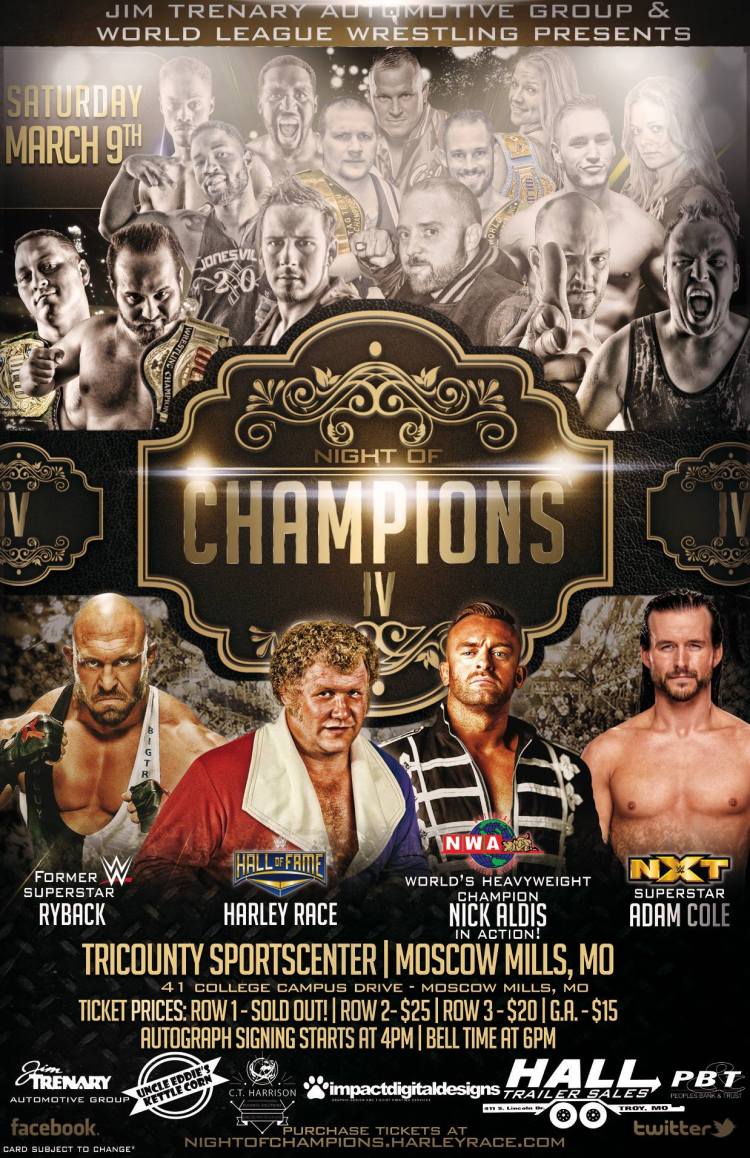 World League Wrestling has billed its Saturday, March 9 event as “The Biggest Wrestling Event in the St. Louis Area.” That may be true, given the card and guest appearances that night at the Tri-County Sports Center in Moscow Mills.

Race says he will win the legendary “10 lbs. of Gold” in Lincoln County for his father, the former world champion Harley Race. If Leland wins, he will be part of the second father-son duo to capture the NWA crown (Dusty & Cody Rhodes).

Plus, every WLW title is on the line.

NXT wrestler Adam Cole, Ryback, and Harley Race are scheduled to appear for an autograph signing. The session begins at 4 and additional meet-and-greet admission is available to purchase exclusively for event ticket-holders.