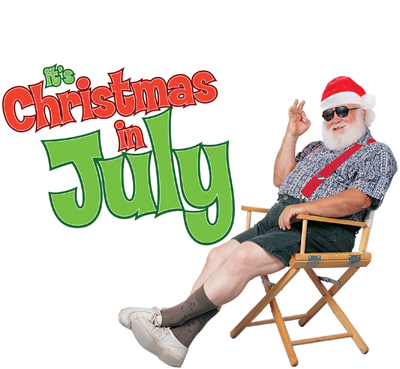 South Broadway hosts “MMWA Christmas in July” this Saturday night.  However, Johnny Courageous may not be sleeping on his queen mattress with visions of sugar plums in his dreams.

The holder of both the MO/IL Junior Heavyweight and Battle Royal Championships, Courageous will defend both on Saturday.

The Junior Heavyweight challenger is a newcomer to the St. Louis area, Bill Murray.  We hear that Murray has moved to the area from Louisiana to diversify his wrestling repertoire.  A victory for the title would be outstanding.

The battle royal will be a crazy match.  The Battle Royal title changes hands just about every time it is defended.

The new TV Champion Brandon Espinosa will be in action.  Although it took a low blow on Dave Vaughn to win that title last month, the match was a classic.  Now, Espy sets his sights on collecting all the belts.

There will be a raffle with big prizes, including St. Louis Cardinals tickets, wrestling tickets and merchandise.  Also, rumor has it Santa Claus will be in the house.